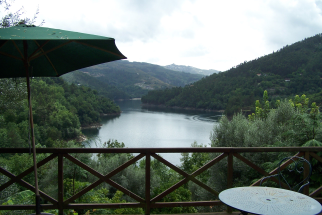 END_OF_DOCUMENT_TOKEN_TO_BE_REPLACED

I wanted to upgrade my BIOS, but I only want to use Free Software. Right now, the only exception I have to do is the BIOS for which I don’t have much choice there. But I want to avoid MS-DOS if I can, so I investigated how to get FreeDOS to boot on an USB disk. Success! It worked. Here’s what I did.

In my case, the USB disk was /dev/sdb, so I launched parted in order to prepare the boot disk. Since I have a 64MB usb drive lying around, I’ll use it. You may need to replace fat16 by fat32 if you want to use way bigger partitions:

Pay attention that if you see Partition Table: loop then beware, since it doesn’t support bootable flag, so you really need to run the mklabel part in order to change it to msdos. After that, you’ll need to make a partition as well.

While a friend was trying at the same time to use syslinux, I tried grub, but it still needed some help from a syslinux file, memdisk :). Here’s how I did it:

Now we need to put grub into the MBR (master boot record), this is how I did it:

There’s two of them. That’s not good, is it? No, it’s in fact quite normal. The first one is from /dev/sda, my main hard disk. You’ll have to go to the correct partition though:

Now it will boot from the usb drive, and launch grub.

So I guess this is your final stage… place what you need to run in the usb stick, unmount it and there you go!

Now you can use that pesty BIOS upgrade proprietary crap.

So I got this Dell D531, it’s got a dual core AMD Turion™ 64 X2 Mobile Technology TL-60 CPU, an ATI X1200, bluetooth support, a wifi card, etc. Since I chose to only use Software Livre, I had to figure out how to make it work best without using proprietary drivers. The other option was an HP virtually fully supported laptop, but since HP had some problems to give my employer over 20 laptops, suddenly Dell won, and I got one that has so-so support. AMD has bought ATI, and after a bit more than one year, the specs have been published. Here’s to a fully working card with the RadeonHD driver! 🙂

Anyways, I had some trouble finding a popular distribution optimized for AMD64 which could be installed, I firstly tried Ubuntu, but for some reason only Gutsy Tribe 2 installed. It was in a too early development period, and I really need a working, reasonably stable laptop. Also, the native wifi card isn’t well supported with the bcm43xx drivers and seems to need some voodoo firmware, so I decided to turn it off in the BIOS.

Fedora 7 for AMD64 did install properly, although it had some quircks… and so starts the technical part of this story.

This was an adventure in itselft. It appears Fedora 7 Live for AMD64 doesn’t fit on 800MB CDs. Fortunately it can be loaded onto a pen-drive, and then boot and install from it. It’s actually much faster than from CD, so I definitely recommend pen-drives for install media.

Fedora 7’s install process is quite simple, as most modern GNU/Linux distrubutions, and you will have a reasonably straightforward and pain-free installation if you merely clear the whole disk and install (which is what I did since I don’t want closed Windows around).

One big advantage over Gutsy Tribe 2 is that it did detect the graphics card. Although, ATI X1200 is not fully supported, but the VESA driver was adequately loaded and I had a 1024×768 desktop. Yeah, it sucks, the display is for 1280×800 so things are a bit streched out, but hey, complain to ATI. They’re the culprits. Here’s to hoping the aforementioned promise isn’t worthless!

AMD has promised to help solving the ATI issue. I hear there’s a huge internal war, but the loss of big contracts (hundreds of thousands of computers) that has already happened because AMD laptops with ATI aren’t fully supported with Software Livre is probably a significant incentive for things to change in the near future.

The hda-intel Azalia sound card has had many patches recently so, hopefully, when Fedora rebases to 2.6.23 Linux I might have sound.

It seems some successful work is going on with the bcm43xx driver, so maybe in the future I won’t need the ralink PCMCIA card (one major problem is less battery life as PCMCIA cards drain more power).

There’s a lot of recent work on power efficiency. Even though it’s focused on Intel computers, I’m sure a lot of it will also benefit AMD based computers.

All in all it’s a good (and nice looking) laptop, but has some major problems if you only want to use Software Livre like I do. Things may improve, though, and I may revise this article in the future.