Today I had some fun with Zabbix and Nextcloud. This is a very efficient template that only does one request to the server for the monitoring data, populating well over 20 items, and contains a basic web scenario.

It has some graphs and a 3×2 screen but they probably need some styling love.

Today’s Zabbix templates are for Postfix and Postgrey (but separated in case you don’t use both).

Since I run a moderate volume set of email servers, I could probably have Zabbix request the data and parse the logs all the time, but why not do it in a way that could scale better? (yes, I know I have 3 greps that could be replaced by a single awk call, I just noticed it and will improve it in the future).

I took as base a few other examples and improved a bit upon them resulting in the following:

The cron job gets the delta t you want to parse the logs, in my case it’s -1 as I’m going it per minute and that’s an argument to find … -mmin and you’d place it like this:

This setup will very likely require some adaptation to your particular environment, but I hope it’s useful to you.

Then you can make a screen combining the graphics from both templates as the following example: 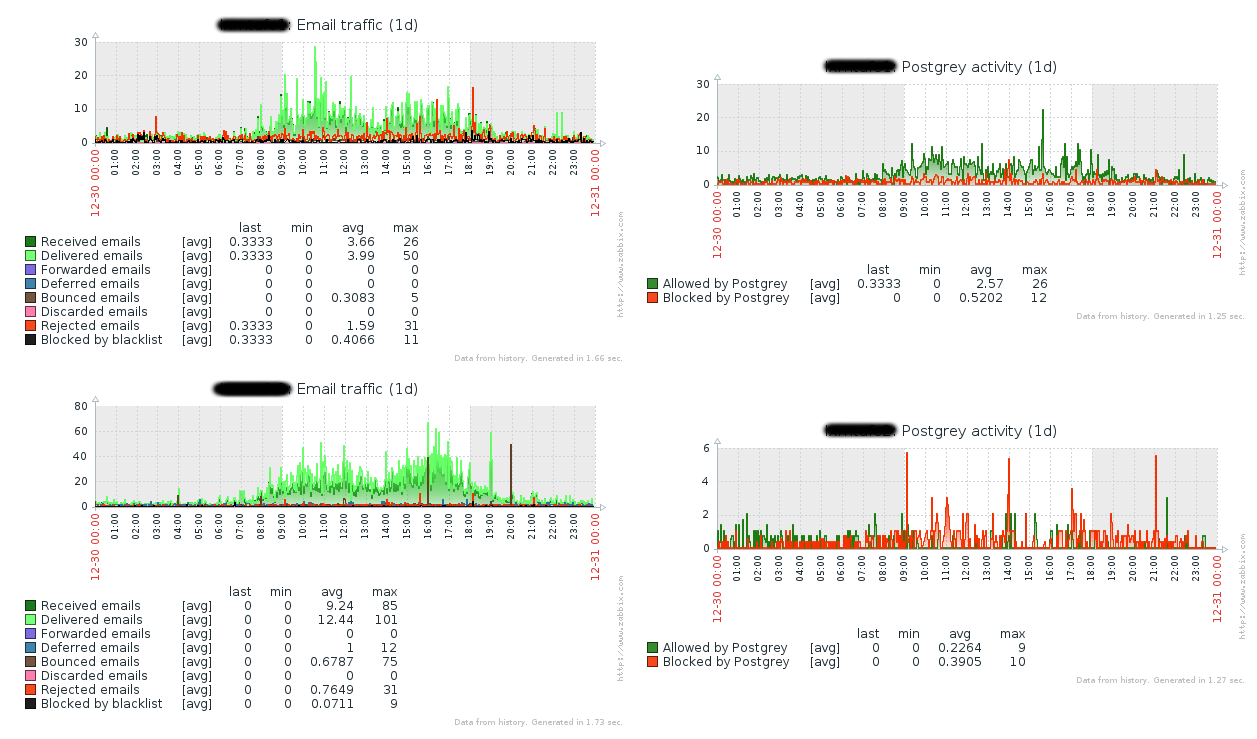 I’m cleaning up some templates I’ve done for Zabbix and publishing them over here. The first one is Keepalived as a load balancer.

I still haven’t found a good way to report on the cluster other than creating triggers on hosts, though. Any ideas?

Up next is Postfix and, hopefully, IPVS Instance (not sure it can be done without scripts or writing an agent plugin, though. I haven’t done it yet).