I first though ISON broke in many pieces, but I read that we’re in the Leonid meteor season. The new thing (to me) is crossing their path in broad daylight, and it was amazing.

I woke up too late to try to find it even though today was going to be a clear day, but still I decided to look outside, already the Sun up, but I had a feeling… and lo and behold: I saw several (at least 6) blazing horizontal trails of white light moving very fast.

Sadly I was too amazed to take pictures of this scenery, so I have to draw it, this is how it looked:

After a bath I looked outside again and sure enough those parts were gone, but two more were visible.

I just peeked outside and another one was quickly skipping through the sky.

Did this just really happen or was it another phenomena?

Are these meteors or is it really the light of the new child comets which are moving so blazingly-but-not-light-speed fast?

Here’s a short video of the last piece I saw, it’s faintly visible, but it’s there!

I was sad to have missed it, but I might have seen something even more amazing!

This is one of the most fabled legends of 3D, so welcome to the Freedom club, POV-Ray!

And don’t forget: US will try to make #TPP the template for #TAFTA/#TTIP; so the bad stuff in leak will be coming to the #EU as well as pacific

What they fear the most is that the public finds out about this.

Most of this text shamelessly copied from Glynn Moody. 🙂

A newbie mistake that is quite easy to do on pump.io is to set a name for your instance, then decide to change and… oops, you changed /etc/pump.io.json but it doesn’t change! WTF!?

In my case I was particularly pissed off because there’s a bug on pump.io with certain characters, I had named my instance 1407’s Pumps but apparently pump.io doesn’t like that quote there… displayed instead 1407&#27;s Pumps. ANGRRRY!

Here’s how you can fix it on your database as well (I’m using redis, you’ll have to adjust to your particular case if using another DB).

So now you can edit title-fix.txt with your favorite text editor and fix the field displayName to your pleasure, and after saving your change you are now ready to apply it:

I doubt restarting is needed, but I did it anyway, you can try. 🙂

I helped support the Let’s Build a Goddamn Tesla Museum campaign raised by Matthew Innman on IndieGoGo, last year, with 50 $USD with the t-shirt and sticker perks. Estimated to arrive on October 2012 but… I was one of the few unlucky ones who had to wait a bit longer. More than one year longer 🙂

But I’m not sad, I’m happy the campaign succeeded at almost double the goal, which ensured the creation of the Tesla Science Center at Wardenclyffe and today I’m super happy the perks arrived.

The sticker will go to my future laptop, I’m keeping it in a safe place until I can afford it, and I couldn’t resist taking a quick pic or didn’t happen 🙂 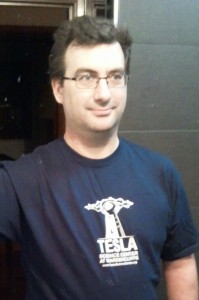 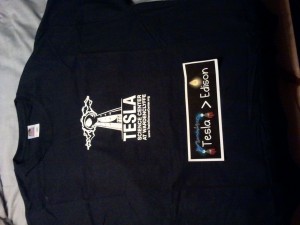 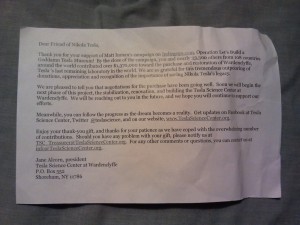