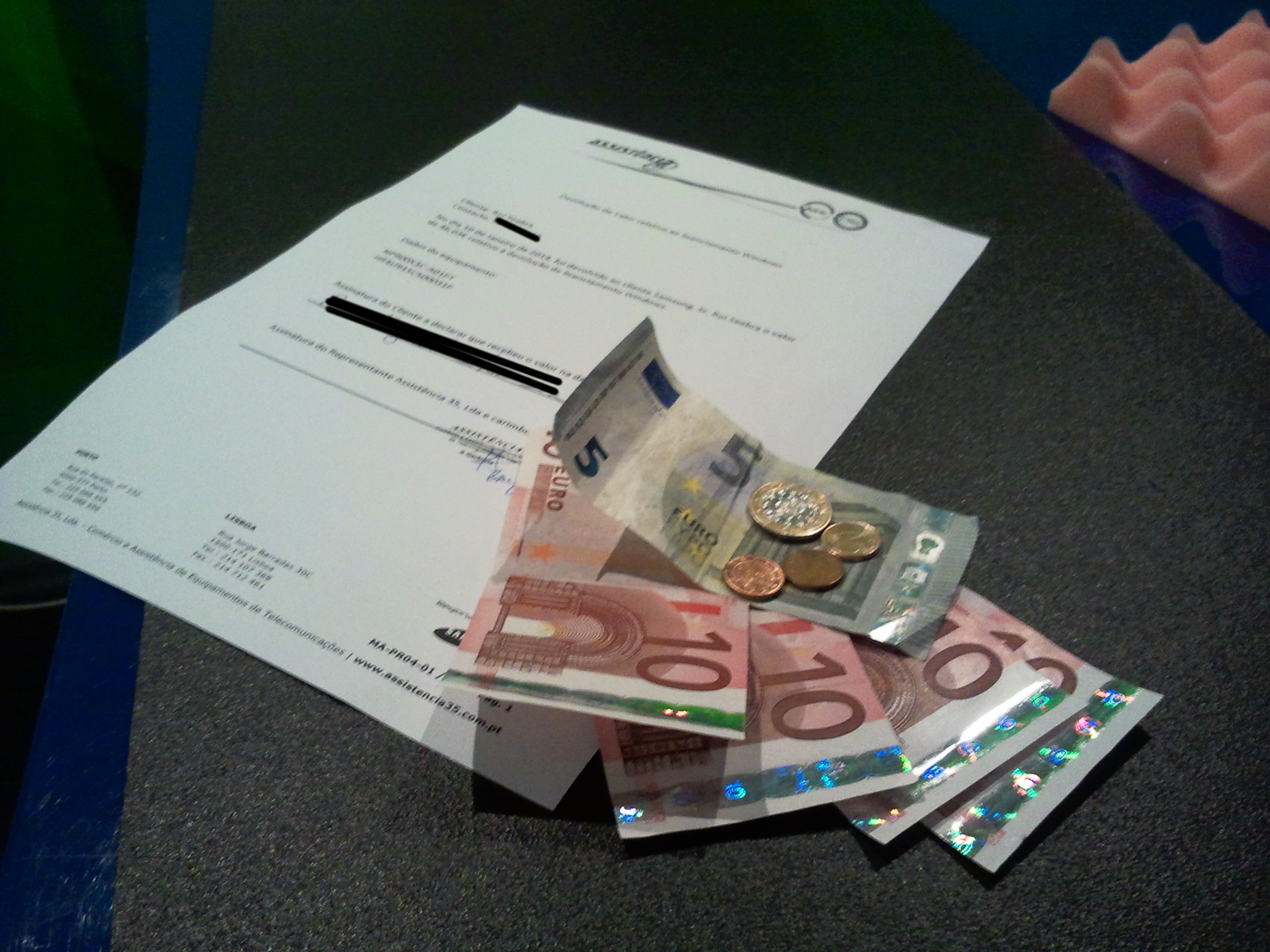 If you’ve been following me on this blog or other social networks you know I bought a Samsung NP900X3C. It’s a very nice laptop but I’m forced for some obscure cof OEM cof reason to buy a Microsoft WIndows 7 Home Premium OEM license. 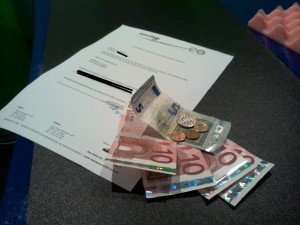 When I bought it at Media Markt I immediately mentioned I wanted to get a refund on the Windows that was installed. Media Markt said I’d have to go to Samsung or Microsoft, that they wouldn’t do that. Please remember this part…

Since It was the exhibition model they had there, I had no chance to explicitly reject the Windows license, so I went ahead and installed my favorite GNU/Linux distribution for personal use, Fedora, at release 20.

While it installed, I opened a case with Samsung by “email” and they replied to me soon enough by real email.

Well, if steps one and two were broken already and since the store is a few doors upwards, why not just go there directly?

That’s what I did, but I was left hanging without any further details for up to three weeks and I was getting very pissed off. At least give me a piece of paper saying you won’t do it, damn it! 🙂

So I went there today and said I wasn’t going to leave the store without one of three things:

Boy, where the poor nice guys at the service center pissed, so there’s this crazy guy trying to get money back from a Windows refund, what a nutty guy, never heard of that before and now I’m stuck here well past closing ours, right? 🙂

Well, after a short talk on the phone with the owner, who was a bit defensive then, and waiting a bit more, I had a second talk with him and he was much, much friendlier now and willing to capture my satisfaction. Nice! I don’t know exactly what happened, but they decided to fast forward the process.

Apparently, Samsung Portugal sent the request to Samsung Korea and never had any reply, so they were going to refund my 46.03 € in advance. 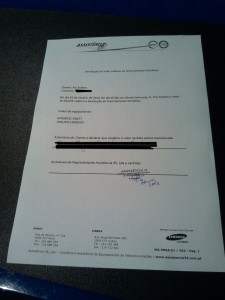 I still had to explain the guys they had to take out the license from the charger because Samsung would need it to pay them back the money, but finally I could officially get rid of Windows and get back what I had paid for it. 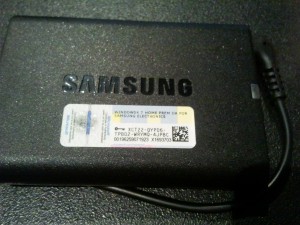 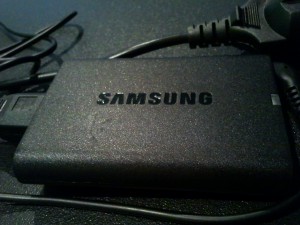 So I went to the Samsung Service Center downstairs… it’s such a rare event that of course they were very surprised.

Since their boss wasn’t there, they took not of my Samsung contact and case number, photographed the evidences I showed them that the laptop is Windows-free:

Now I’m still waiting for the next steps… sigh…

So I asked Samsung what the procedure would be in order to get a Microsoft Tax refund and they replied:

Since my laptop was the model on show it was a) already turned on and b) I never booted into Windows after bought and c) I completely erased Windows from my SSD.

I guess I’ll get my Microsoft Tax back. Yay! 🙂

So you might know I bough a Samsung NP900X3C. Yes, it came with Windows. No I don’t use it. Yes I want my money back on that item.

I’ve just asked Samsung Portugal what the procedure is. 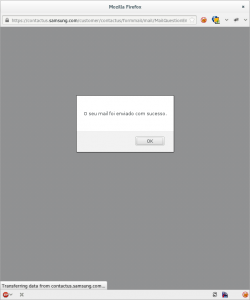 On black friday (we don’t really have that tradition in Portugal but stores are copying it from other countries) I saw this very sweet Samsung NP900X3C (A01PTbut it cost a hairline under 1000€. The ones I was really looking after were the 11.5” ones with Intel Core i7 but they cost around 1600€ over here. Much sweeter, but they’d really set me back a bit too much.

So… I happen to go back to the store a couple of weeks afterwards and it’s now at 777€. Woot! (well, it was the laptop on display, as it was the last one).

Since I wanted it to have 8 GB of RAM rather than the 4 GB it comes with, I asked whether they’d upgrade the RAM. «No problem!» they replied. Oopsie, problem… the RAM is non expandable after all, wielded to the board (the hidden costs of being ultra light and thin) was also a surprise for them, so as I was going to go give up on it they got me a further discount: 699€. Done deal!

So of course I never even booted Windows (the story of the license refund: part I, part II, part III, and part IV and quickly got Fedora 20 in it. Virtually everything works, with the exception of a couple of minor issues: the keyboard brightness, silent mode and wireless toggle don’t work, but the rest… on man…

Jos Poortvliet’s blog about this laptop is also a good source of what should be happening, and it seems that the buttons that aren’t working should work after some help, but samsung-laptop module isn’t being loadable, so I expect that’s a Fedora beta issue, maybe on the next kernel upgrade it works better 🙂

The only design issue I found, so far, is that the left USB is too close to the power cord, so when it’s plugged it’s hard to put anything in without a short extension cable, but hardly a serious issue when it’s so cool.

I’m only sorry I was in the eminence of having my WeTab just stop working at a bad timing, because even though I got a very good deal, some other important expenses have had to be delayed to 2014…